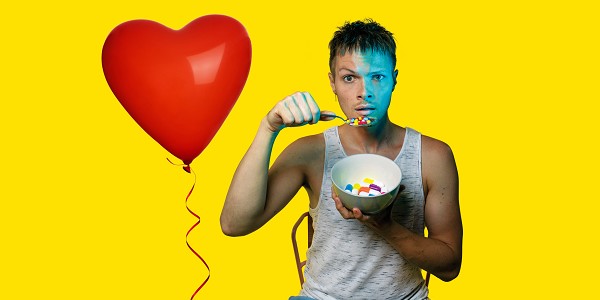 Conceived, written and performed by theatre-maker and HIV activist Nathaniel Hall (It’s A Sin), First Time smashes through the stigma of HIV.

The show accompanies Nathaniel’s continued activism to break down the stigma associated with the disease through talks, participatory projects, education and outreach.

Everything in First Time is true. Based on Nathaniel’s own story of contracting the virus from his first sexual encounter aged just 16, First Time is a ‘hilarious and heart breaking’ play that transforms audiences into HIV allies.

Through First Time, we are radically changing public attitudes to HIV, blending arts with health and education, the show never feels like a lecture, but packs a punch in its messaging.

First Time was originally commissioned by Waterside Arts and Creative Industries Trafford and is supported by Arts Council England.